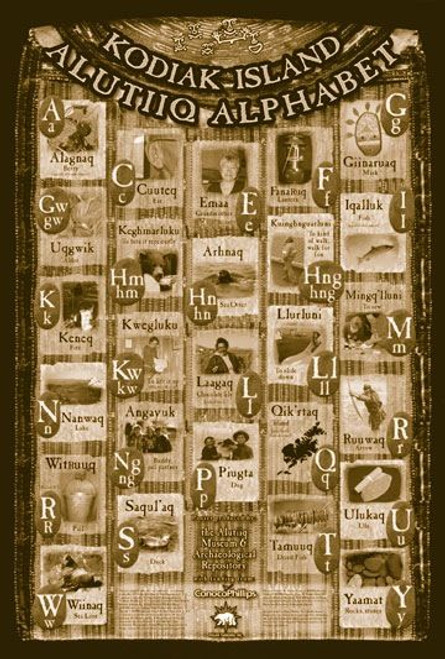 The Alutiiq alphabet has 26 letters, just like the English alphabet, but letters in these two languages do not always make the same sounds. The Kodiak Island Alutiiq Alphabet poster (18" x 24") shows the sounds of the Alutiiq language from A - Alagnaq (berry) to Y - Yamat (rock), allowing language learners to visualize and practice the smallest parts of Alutiiq speech. An example word and colorful picture from the Alutiiq world illustrate each sound. Produced by the Alutiiq Museum with assistance from the Kodiak Island Borough School District. Second Edition.

This poster can be purchased as a set with the Alutiiq Numbers poster. Posters are mailed in a special poster tube. Mailing cannot be combined with other items.

Our Way of Making Design