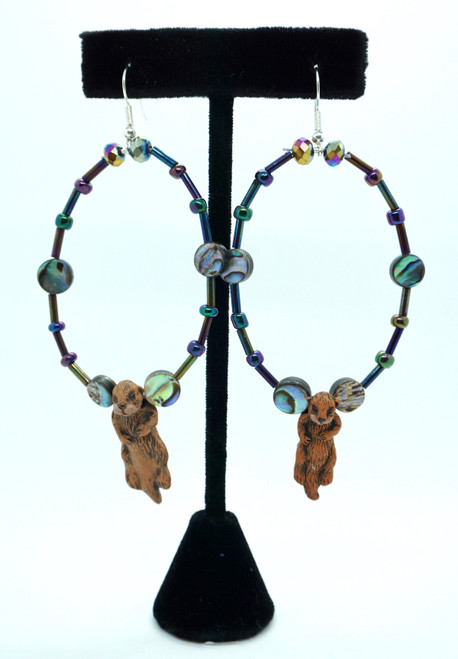 Jerry Laktonen, Alutiiq, was born in 1951 on Kodiak Island, Alaska. Best known for his masks and paddles, he is strongly influenced by the traditional carving of his Alutiiq ancestors. Due to massive destruction of the Alutiiq people and their culture that began in the 1800s by the Russians, Jerry grew up with little awareness of the carving tradition that is now his passion and his career. After his fishing career failed to provide adequate income to support his family, Jerry turned to carving in the early 1990s.

While he had no formal art training, his experience in repairing fishing boats gave him a foundation for further developing his talents with wood. While his Alutiiq ancestors used driftwood to fashion their carvings, Jerry prefers to use a variety of woods, including one of his favorites, old-growth cedar. He adheres to the Alutiiq tradition of painting his pieces in vivid colors, in designs that are often rich with precision detail. Jerry insists on the cultural authenticity of his work, drawing on countless hours of study of museum pieces and photographs in books.